You might not have heard the term confirmation bias before. This is when you favour evidence that supports your pre-existing beliefs, ignoring evidence that contradicts them. It’s not a rare condition that only a few people have; in fact we all have it! It’s part of our human make-up. Confirmation bias can have a profound effect on our religious beliefs, our political affiliations and our decision making. Unless we recognise our own confirmation bias, and compensate for it, we’re prone to serious misjudgements.

Suppose an individual believes something with his whole heart; suppose further that he has a commitment to this belief, that he has taken irrevocable actions because of it; finally, suppose that he is presented with evidence, unequivocal and undeniable evidence, that his belief is wrong: what will happen? The individual will frequently emerge, not only unshaken but even more convinced of the truth of his beliefs than ever before. Indeed, he may even show a new fervor about convincing and converting people to his view.

Here’s an article from Psychology Today that explains confirmation bias quite clearly.

Say we’ve somehow come to the conclusion that the way to get rich is to invest heavily in commodities. Once we’ve reached that conclusion, and invested a big chunk of our own money, our tendency will be to read articles that support our stance. Occasionally we may read an article that suggests that commodities are overpriced. Our tendency will be to devalue that article, reinforcing our faith in commodities. We may then keep investing more money. We’ll happily watch our portfolio skyrocket, and this will bolster our belief in our financial acumen.

Then one day, perhaps we’ll find that we’re 50% down from where we started. We’ll then experience what’s called “cognitive dissonance”. Part of our brain tells us not to lose the faith in commodities. Another part tells us to get out before we lose everything.

Confirmation bias is what causes market bubbles that burst. The majority of investors share a common belief in an investment, and reinforce each other’s’ beliefs. Asset values then inflate to unsustainable heights. It then only takes a small panic to trigger a chain reaction, resulting in a market crash. If investors had followed all the evidence, the bubble would not have occurred.

It’s not just the general public that are prone to confirmation bias. Some financial advisers may have arrived at their own conclusions as to the best way to plan finances in retirement. They may have a toolkit of favoured financial products that are consistent with their conclusions. If your only tool is a hammer then every problem looks like a nail! 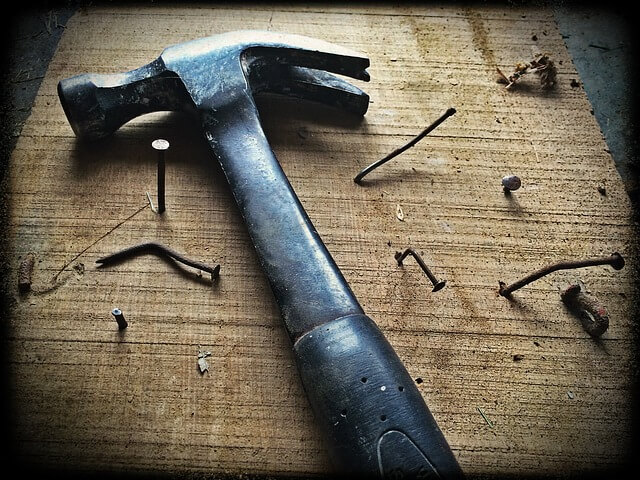 Financial advisers don’t always agree with one another. For instance, one adviser may believe that it’s always a good idea to cover all one’s essential spending with annuity income. Others may believe that, with current low annuity rates, annuities should be avoided altogether. Then there’s the so-called 4% rule, which some advisers consider a good rule of thumb. Others consider it inappropriate. This interesting Daily Telegraph article illustrates how these disagreements can be costly.

Having differing opinions are one thing. Sticking to them in the light of strong evidence to the contrary is quite another. Financial planning is highly complicated. There are so many choices. The precise consequences of each choice are never certain. The best financial advisers will offer advice that’s objectively based on the available evidence. To do this, they will have learned how to overcome their natural confirmation bias.

Here’s a very useful BBC article. It not only explains confirmation bias, but also suggests an effective technique for us to help overcome it.

John Maynard Keynes is often quoted as having said: When the Facts Change, I Change My Mind. This suggests that Keynes had managed to largely overcome his confirmation bias, at least on economic matters. That doesn’t mean he was right. But it does suggest that he was objective.

Imagine you could program an intelligent robot with all the financial knowledge and intelligence of a human, but without any confirmation bias. Then the robot would be the most objective economist and financial guru. We’re not there yet. But humans are already using computer programs that perform useful financial calculations to help with decision making. Computer programs don’t suffer from confirmation bias. But on the other had they’re not as smart has humans. So the human has to be the master, and the program the slave.

There are very few truly useful retirement planning tools available to the general public. That’s why we created EvolveMyRetirement. We call it the Intelligent Financial Planning Calculator because it improves (evolves) its strategies as it goes along. Used correctly, EvolveMyRetirement helps avoid confirmation bias. It helps with important financial decisions before, at and after retirement.