Let me clarify the choice a bit. The choice is between receiving a cash lump sum of £1 million, or a fixed yearly payment of £50,000 for life. The answer may indicate whether you have an illusion of wealth or of poverty!

Recently the Wall Street Journal posed a similar question to its readers in an article, which was geared towards its US readership. It was based on research in which they participated, which found that some people have an ‘illusion of wealth’, whereas others have an ‘illusion of poverty’.

As it happens if a man of average health aged 65 spent £1 million on an annuity that paid a fixed income, it would generate around £50,000 per year for life. The researchers assumed that this means that the two choices are roughly equivalent for a 65 year old man. I’d question this assumption, as I’ll explain later.

It’s worth noting that the younger one is, the greater the relative value is of the £50,000 per year. The older one is, the more the £1m becomes more valuable, since it’s less likely to have to last so long.

How Much Should We Actually Spend? 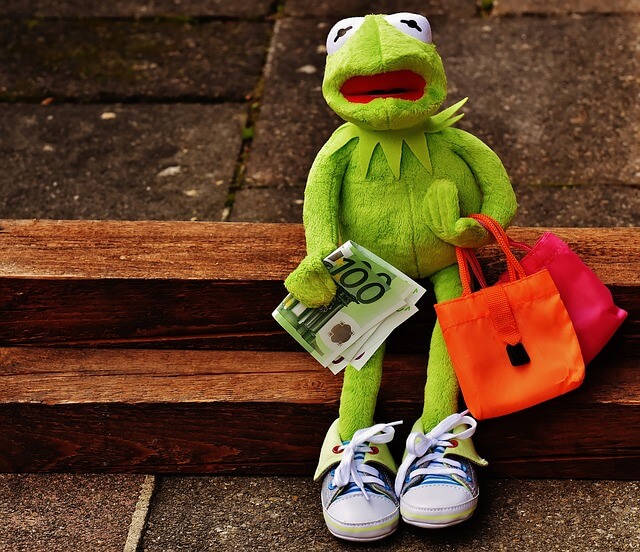 You might imagine that having a fixed income of £50,000 a year means that we could safely spend it all. That really would be an illusion! Actually, you could only spend it all if you had no expenses, and your only spending was on luxuries. In other words, if you only had discretionary spending. Unfortunately, that’s never the case. Everyone has certain necessary expenditure, and this tends to increase with inflation. But a fixed income, by definition, never increases. So if you live long enough on a fixed income, and you spend all of it, eventually your expenses will be more than your income. That’s not what we want at all. At just 3% average inflation, our expenses would double in about 23 years! 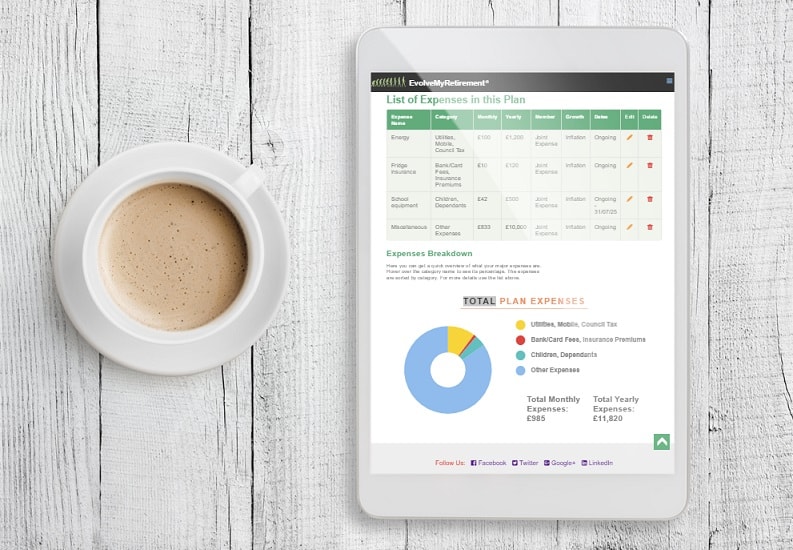 Let’s assume a 65 year-old single man has necessary expenses of £20,000 per year. Then he needs to set a level of discretionary spending that allows him to build up savings. Then, if he’s lucky enough to live for a long time, he can supplement his fixed income by drawing down on savings. How much discretionary spending is safe? That depends on a number of factors, the most important of which are:

Let’s assume he doesn’t have any interest in leaving a legacy. Also, let’s assume that he has an average risk tolerance.

Running a number of optimisations, assuming a fixed income of £50,000 per year, I found that it consistently came up with a strategy with starting discretionary spending of £6,500 per year. In other words, total spending started at £26,500. The failure rate for this strategy was 3%, which appeared fine for someone of average risk tolerance. When I manually increased the spending just slightly, the risk increased substantially.

I wanted to see how this compared to the case where he started with £1 million. So I changed the starting numbers accordingly, and the results surprised me. EvolveMyRetirement® consistently came up with discretionary spending starting at £8,500, which is £2,000 more than the previous case. I was even more surprised to see that this level of discretionary spending was virtually risk-free! Looking more closely at the strategy, I saw that it involved buying an index-linked annuity with all available funds at the earliest opportunity. That explained how the risk was eliminated. 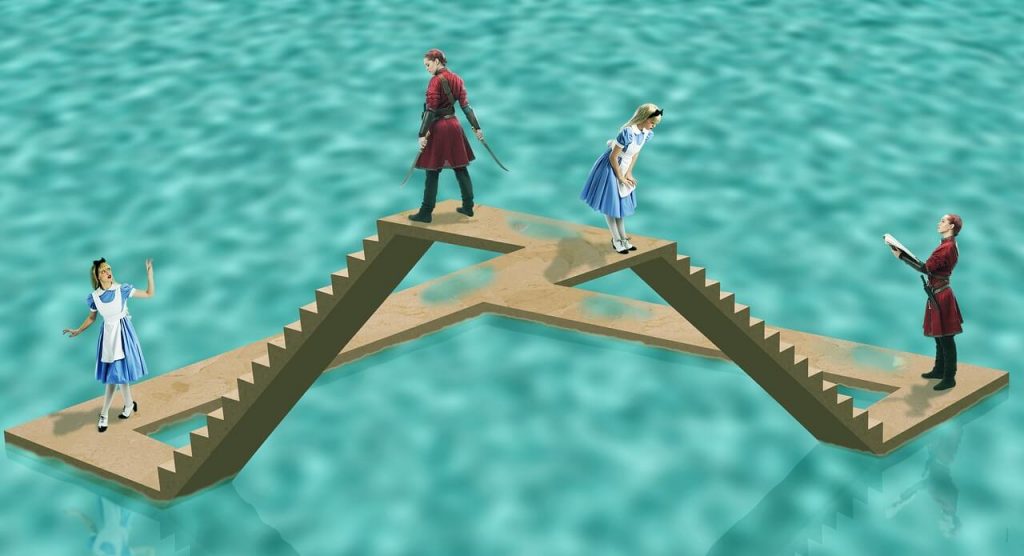 This same level of risk reduction is not available to a man on £50,000 per year. Even if every year he saved the difference between what he earned and what he spent, and used the money to buy annuities, it would not generate enough extra income to safely allow for higher spending. Even if we assume that there’s no tax on his income, trying to start spending at £28,500 per year would result in a 9% chance of going broke.

To summarise, by starting spending at £28,500 per year, and increasing it each year by inflation:

This leads me to the conclusion that £1 million is objectively more valuable to a 65 year old man than £50,000 per year. So when the research cited by the Wall Street Journal says that someone choosing a lump sum has the ‘illusion of wealth’, this is based on a false comparison to the equivalent fixed-income annuity. As we’ve seen, this comparison does not stand up to more realistic cash flow planning, and the illusion of wealth (in this case) is not really an illusion at all! 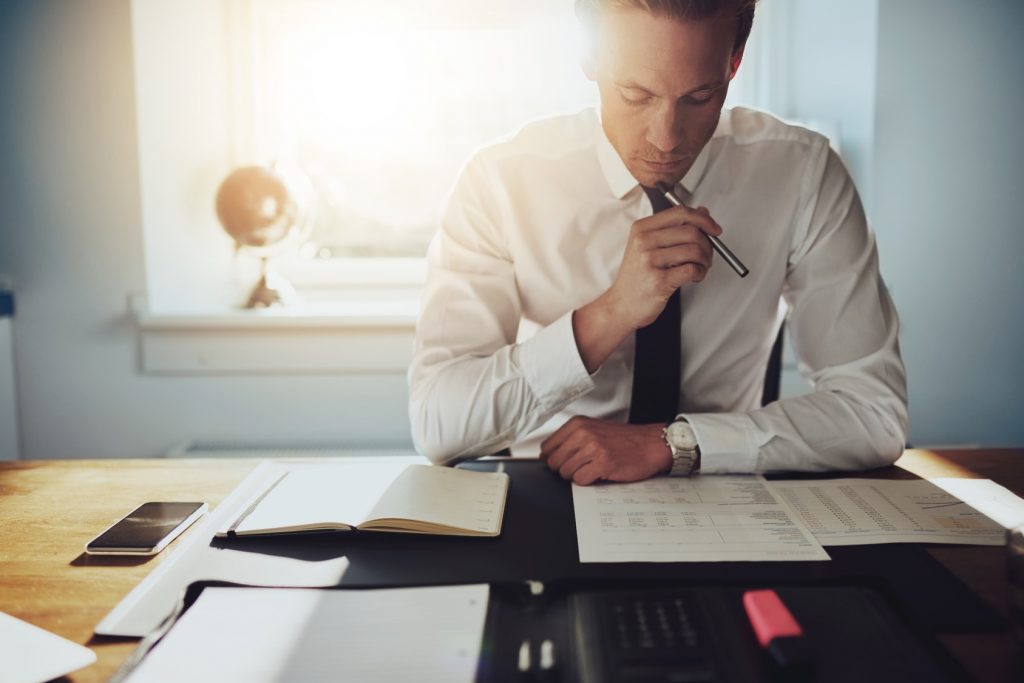 What does this mean? How does it help us with our own retirement planning? Well, there are a number of implications, including:

EvolveMyRetirement® is the Intelligent Financial Calculator. It can help you gain insight into your financial future. The complexity of retirement planning means that you should also seek the assistance of a qualified independent financial advisor.

Editor’s Note: An earlier version of this article mistakenly suggested that £16,000 was a safe level of discretionary spending when starting with £1 million. This was based on erroneous assumptions, and has now been corrected.