How The Financial Calculator Works

Most financial calculators rely on trial and error: you tweak your settings until you find an outcome that doesn’t look too bad. This can take up a huge amount of time, and you still might not get the best results.

EvolveMyRetirement® is revolutionary. There's no more need for trial and error. You enter some details, then our intelligent calculator uses a special combination of Monte Carlo Simulation and a Genetic Algorithm to generate optimised results.

Let’s start by taking a look at the underlying Financial Model.

The term "Financial Model" may sound complicated but the concept is quite simple. It refers to the kind of information the system holds about a person's finances, and the rules that the system uses to determine what those finances imply about the future. EvolveMyRetirement® has its own unique Financial Model, which has been specially designed so that it can help users achieve sustainable spending, both before and after retirement.

A key feature of our Financial Model is the distinction between the concepts of "Plan" and "Strategy". A Plan encompasses everything we know about a user's finances. A Strategy is an important part of a Plan consisting exclusively of things that the user is able to change. In other words a Strategy represents important decisions made by the user of a Plan. The whole point of EvolveMyRetirement® is for it to determine the best Strategy for a given Plan, so as to help the user make good planning decisions.

The Financial Model caters both for single people and for couples. A Plan will have one Member for a single person, or two Members for a couple.

In the case of a couple the system assumes for tax purposes that they are either married or in a civil partnership. The system also assumes that whichever Member dies first the other Member will inherit, or have access to, all their assets; only when both Members have died will other heirs inherit what remains. It's still possible to tell the system about one-off or recurring lifetime gifts that you definitely plan to make; they can be entered as essential spending. 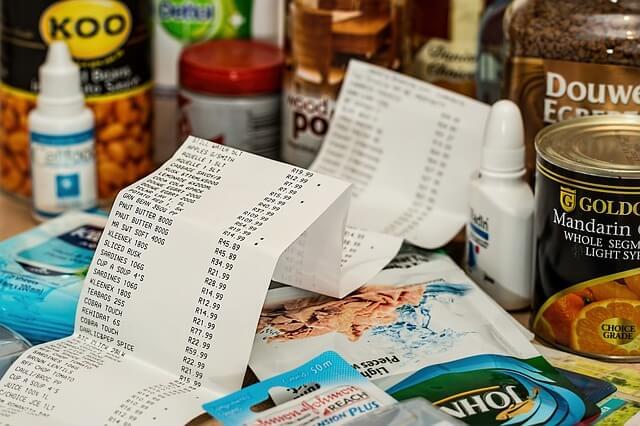 The Financial Model makes an important distinction between two types of spending: essential and discretionary. Essential spending encompasses all spending that the user can't do without. Discretionary spending is spending that improves the user's quality of life, but which is not strictly essential.

In practice the dividing line between these two types of spending is a matter of judgement. It's probably obvious that heating bills should be treated as essential, and that holidays abroad should be treated as discretionary. But what about something like cable or satellite TV? Clearly it's not essential for survival, but some users may choose to treat it as essential if they can't imagine living without it! There's no hard and fast rule, but users need to bear in mind that the more essential spending they have, the less money will be left over for discretionary spending.

The important thing is that you'll need to work out your essential spending in advance. The system will determine your most sustainable level of discretionary spending, and indicate whether you may need to cut back a bit or possibly even be a bit less frugal.

The system gives you a choice between two different approaches to managing discretionary spending. The first approach is to increase spending each year to keep pace with inflation. This provides a constant standard of living, but the initial spending needs to be low enough to avoid a high risk of running out of money. The second approach lets the system increase or decrease spending when financial performance exceeds or falls short of expectations. Other things being equal this reduces risk but you need to accept a more variable standard of living.

Some of the information you enter into the Financial Model can't be known in advance. This includes things like fluctuations in the rate of inflation, or the extent to which investments will rise and fall over time. Although the system can't know exactly how such things will turn out, it can estimate averages. It can also estimate the likely variation from those averages, which is known as "volatility". Most online planning tools just go with averages, and ignore volatility. EvolveMyRetirement® takes account of volatility. You can always modify these settings if you choose.

Another thing that's unknown in advance is how long you have left to live. Other online tools make you estimate in advance how long you think your retirement savings need to last, and maybe suggest that you add on a few years padding as a safety margin. This is sheer guesswork. EvolveMyRetirement® takes away the guesswork by accessing mortality rates published by the Office for National Statistics. Using these, not only can the system estimate your life expectancy, but it can also determine the likelihood of your living to any particular age. You can even factor in adjustments to your biological age if you're in unusually good or bad health.

EvolveMyRetirement® embraces uncertainty, instead of ignoring it as an inconvenient complication.

One of the essential features of the Financial Model is that it can be projected into the future. This involves starting from the present moment, and projecting your finances into the future, one year at a time. The system looks at a snapshot of your finances at the end of each projected year, and simulates how they'd look the following year. To do this, the system does a number of things, including: generating income from income sources; paying expenditure; paying interest on debts; deciding whether to rebalance investments; performing equity release if required and possible; paying taxes; handling possible inheritance from relatives; handling the possible death of members.

Before the UK government introduced pension freedoms, most people were forced to take their pensions as annuities. Now people have much more flexibility. With annuity rates at historic lows, many people have been choosing to avoid annuities, to keep their pension plans invested, and to draw down income. This can often be the sensible choice, but is one that should depend upon the individual's specific circumstances.

You can enter details of any existing annuity income into EvolveMyRetirement®. You can also enter any annuity income that will start at a date in the future. If you have a defined benefit pension scheme, this is really just an annuity arranged by your employer and you should enter the details accordingly.

As far as buying further annuities are concerned, whether from funds held in a personal pension plan or from other funds, the Financial Model has built-in rules. These rules are governed by a setting in the Strategy, which specifies what percentage of your total spending should be funded by guaranteed income (i.e. state pension or annuities). At a given point in the future, if (and only if) the system calculates that it can meet that funding target in full, then it does so by simulating the purchase of further annuities to generate the required income. Whether or not this will ever happen for a given Strategy depends on how well your investments perform, on current annuity rates, and on the Strategy settings.

As we've seen, the Financial Model used by EvolveMyRetirement® is flexible and sophisticated. On its own, though, it would be of little use, since projecting the model gives a different result every time, due to the uncertainties we talked about earlier.

But when the model is used in a Monte Carlo Simulation, the uncertainties can be turned into trends. Based on a given Strategy, the system can determine how likely you are to run out of money before you die, and it can estimate the likely range of values for any legacy you may be able to leave.

In addition, when the model is used in conjunction with the Genetic Algorithm, the system can generate and optimise a Strategy that's appropriate to your Plan, based on your stated risk tolerance and your legacy intentions.

The Genetic Algorithm, Monte Carlo Simulation and Financial Model each require lots of computation in their own rights. Combining all three would normally require billions of calculations. This would take much too long to be useful. We've developed a proprietary technique of speeding up processing by a huge factor, without loss of precision; in other words we've optimised our optimisation. This technique is the ‘secret sauce’ of EvolveMyRetirement®, and it makes it the Intelligent Financial Planning Calculator! A typical optimisation will run between 3 and 4 million scenarios in just a few minutes, while converging towards the optimal strategy.