How Much Do You Need To Retire?

In The Hitchhiker's Guide to the Galaxy by Douglas Adams, the supercomputer Deep Thought took millions of years to calculate the answer to the ultimate question of Life, The Universe, and Everything. You may remember that the answer was 42, but that nobody knew what the question was, let alone what it meant.

Fortunately retirement planning is a bit less complicated than the Ultimate Question, but it’s still pretty hard. The idea that the answer could be a single number is tantalising, but what would the question be? Proponents of the Retirement Number idea try to answer the question: “How much money do you need to have saved before you can afford to retire?”

Does the question have an answer? 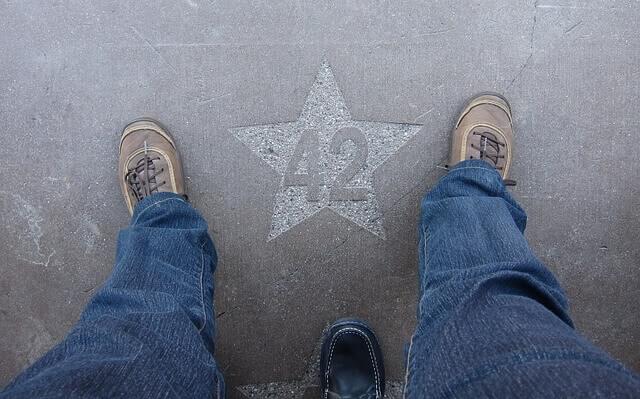 This means that the Retirement Number must be different from person to person. Someone with high earnings needs a bigger number to generate the necessary income after retirement than someone with low earnings.

There’s another ambiguity implicit in the question, which is when you plan to retire. The funds needed for an early retirement are substantially more than for a late retirement. So we need to change the question to: “How much money do you need to have saved before you can afford to retire on your planned retirement date?”

Is it even the right question?

But this ignores any growth on your savings and investments. You could probably safely save less, but how much less? This is by no means obvious. Also you wouldn’t want to save at a constant rate, but rather increase your savings each year as your earnings (hopefully) rise. The Retirement Number doesn’t help you plan for this.

The Retirement Number rule of thumb

Despite the problems just outlined, Retirement Number proponents have come up with a ridiculously simple formula for it:

The “25” is based on the so-called 4% rule (4% is 1/25 of 100%). This says you can draw down 4% of your retirement savings in the first year, and adjust for inflation thereafter. Apart from the grossly over-simplified nature of the 4% rule, there’s another big problem with this formula. The spending amount and the guaranteed income both need to be inflation-adjusted to the date of retirement. Future inflation can be estimated, but of course it’s uncertain.

If you’re getting confused, don’t worry. EvolveMyRetirement® takes a much better approach. We don’t believe in any Retirement Number as such, nor on other simplistic rules of thumb. Based on your personalised plan, our Intelligent Financial Planning Calculator will come up with an optimised strategy, taking into account uncertainties such as your lifespan, investment returns and inflation. Your strategy will include what you can afford to sustainably spend, and an appropriate risk/return combination for investing what you don't spend. You'll be able to view the detailed implications of your strategy, including numerous helpful charts.

And unlike Deep Thought, EvolveMyRetirement® doesn't need millions of years to come up with its answer, just a few minutes.